Intamin is happy to announce the successful start of operation of the new, fully automated airport People Mover System for the City of Bologna, Italy. 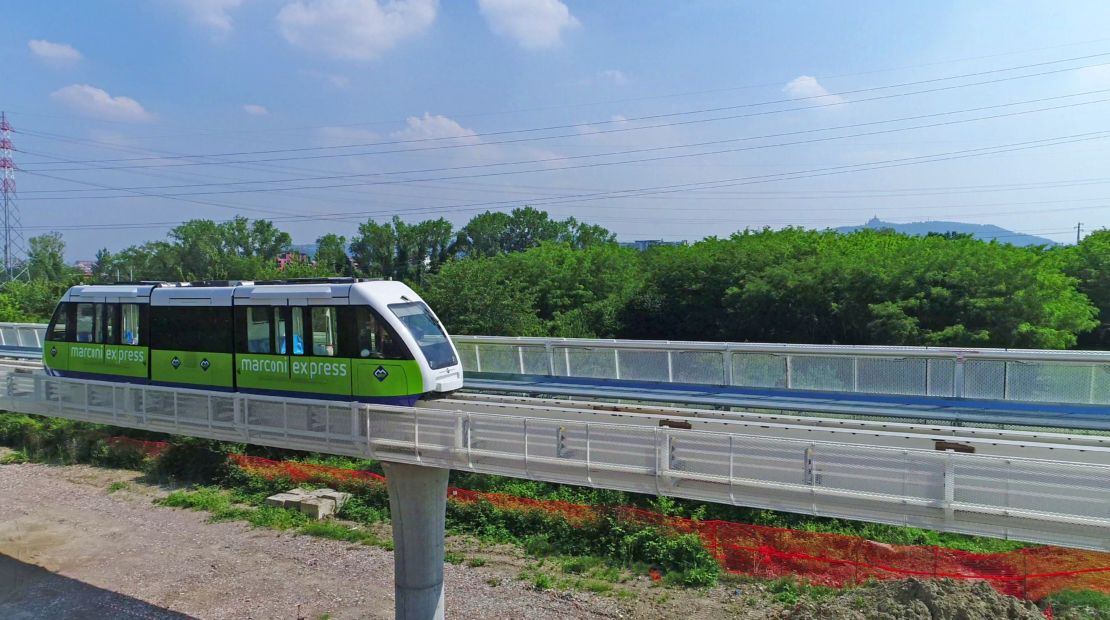 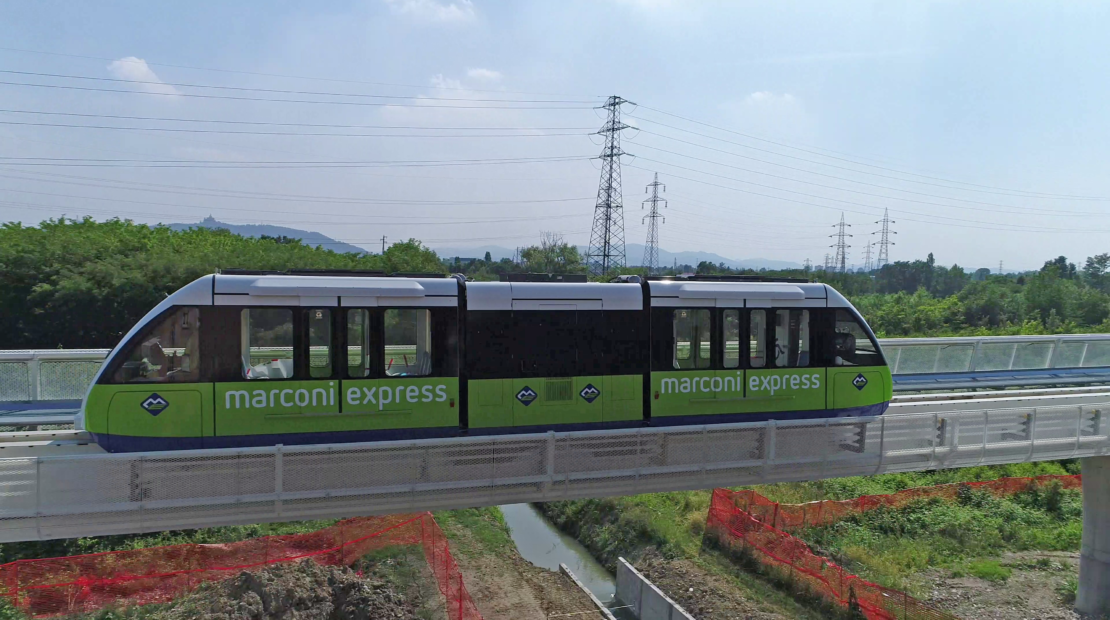 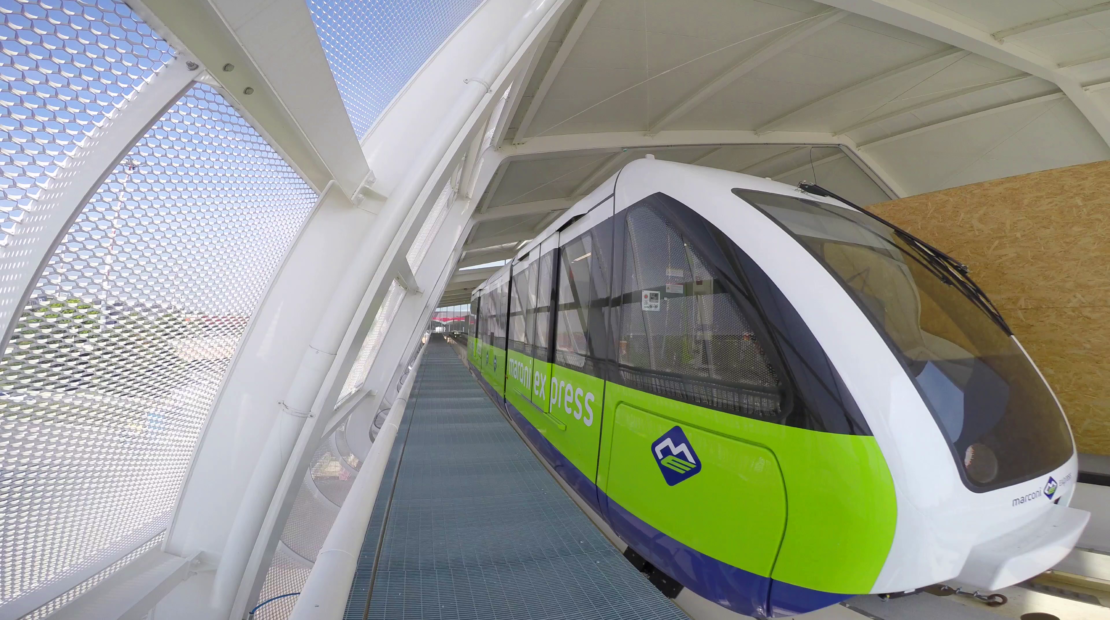 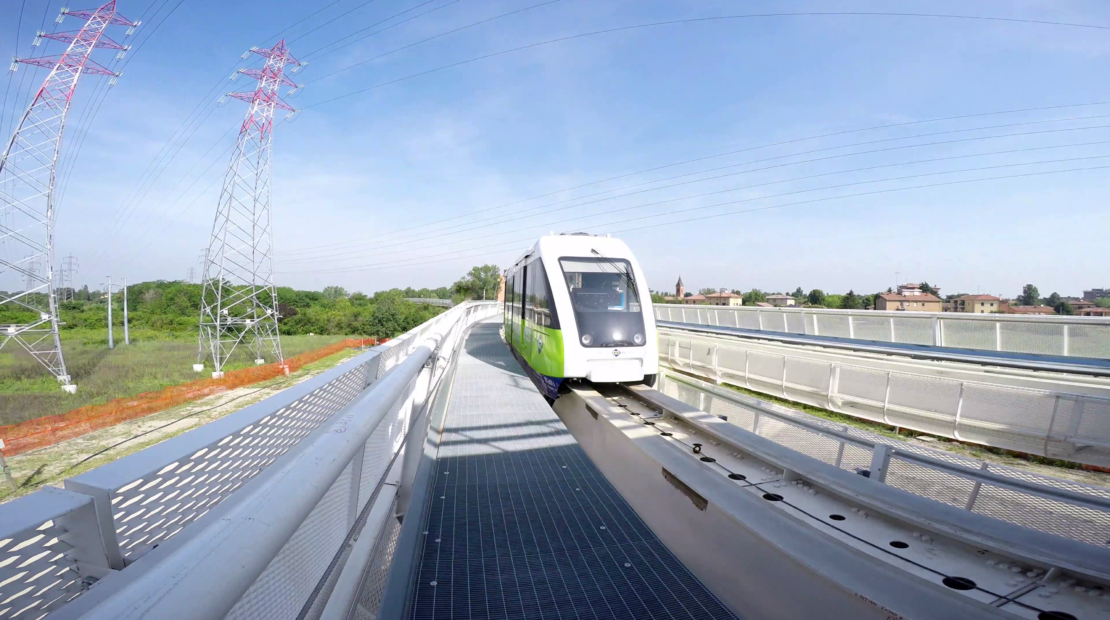 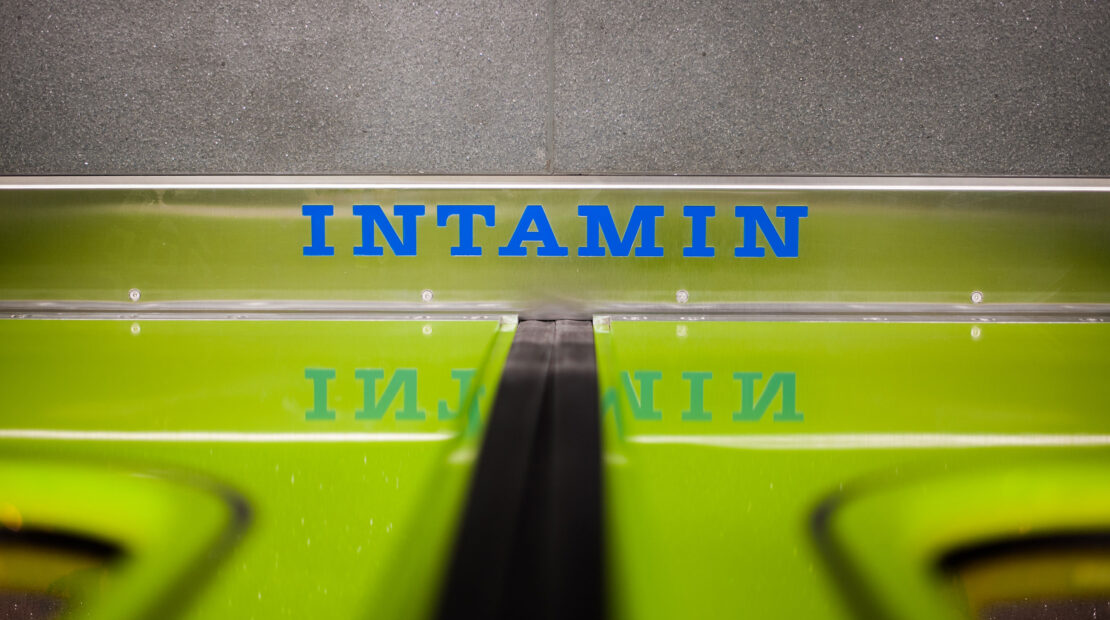 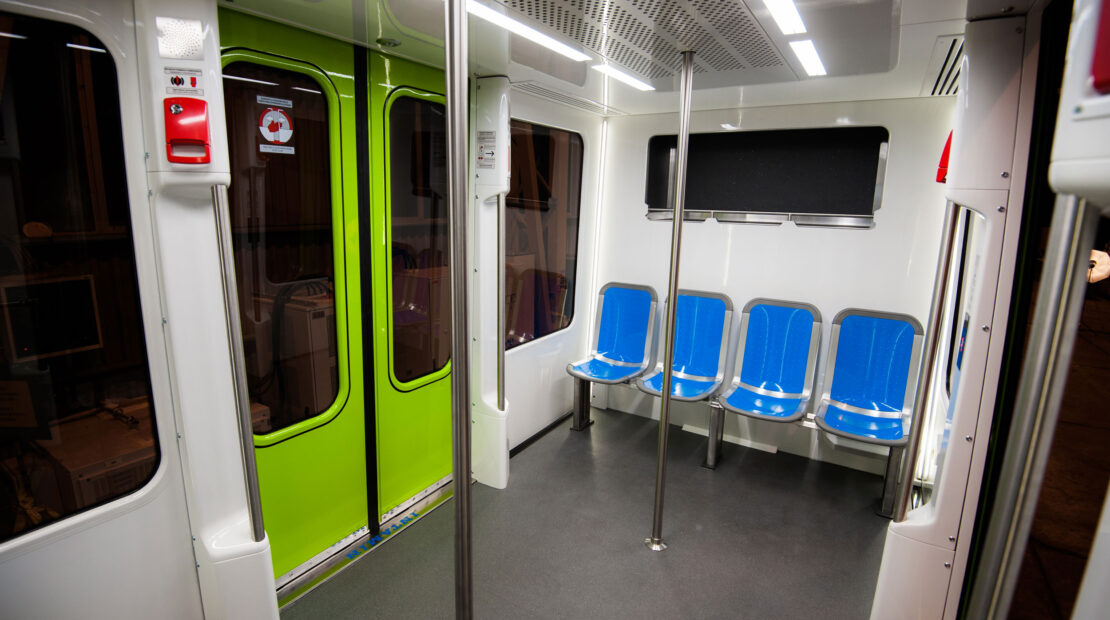 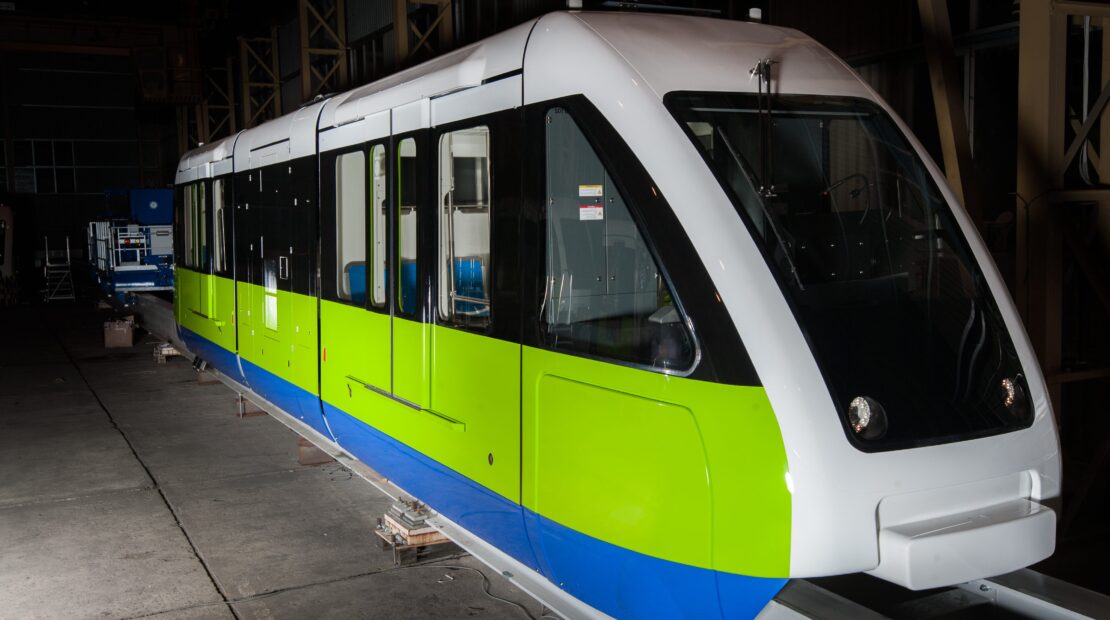 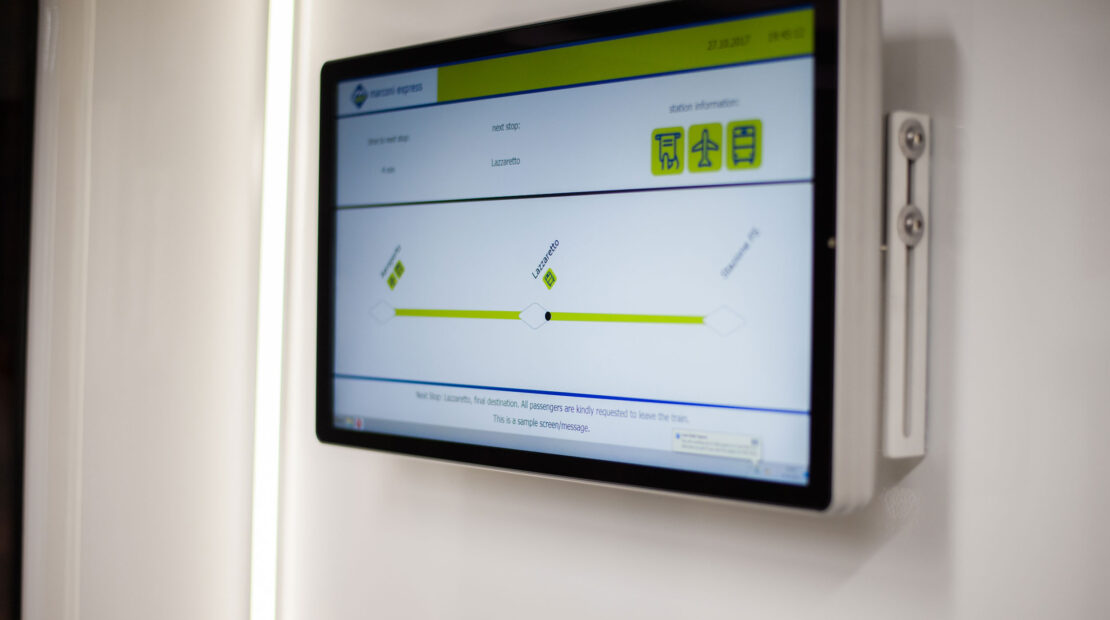 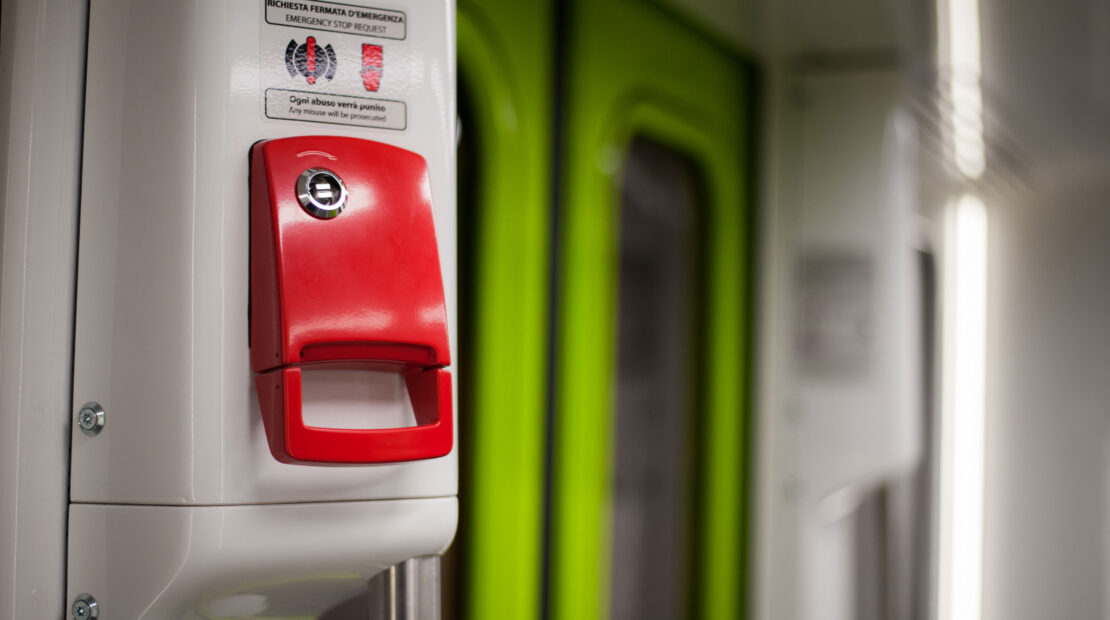 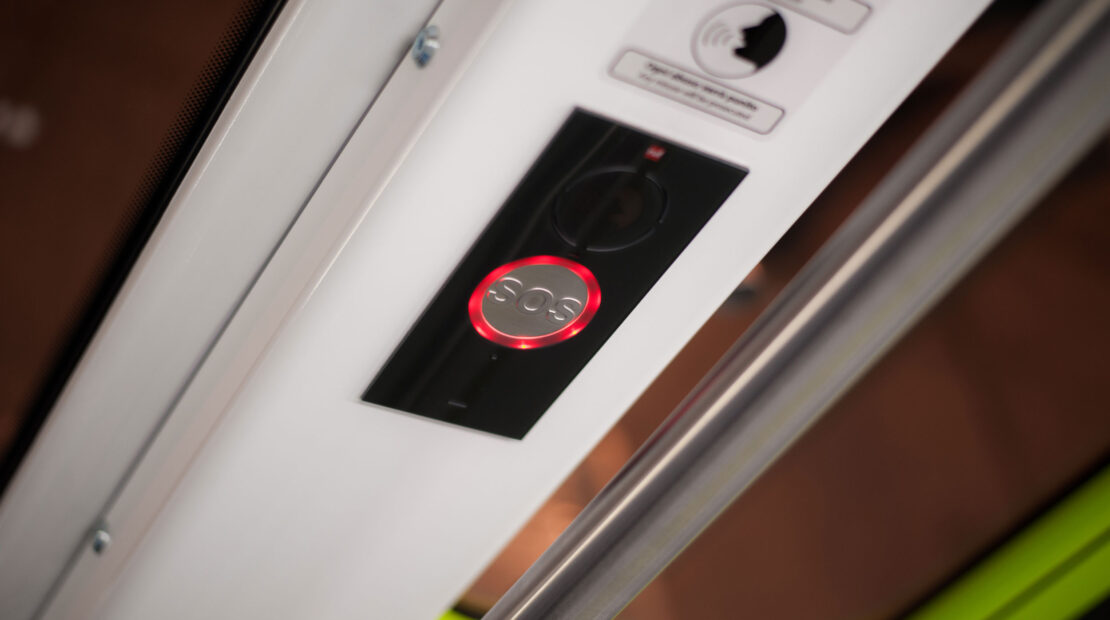 The Marconi Express 2020 connects the main railway station (located in the city centre) with the airport, serving as general public transportation while simultaneously providing a quick transfer between the Bologna train station and the airport.

With the Marconi Express you can reach the Bologna airport from the central station at the city center in only 7 minutes. Travelling on an elevated route without interference with road traffic, passengers enjoy their trip in comfortable, fast and clean electric shuttles.

Due to the elevated track the system is fully separated from the road traffic. Therefore, the trains can operate at a high speed and are not affected by traffic jams and are always punctual, even at rush hour. This is particularly important for passenger who need to reach their flight in time at the airport.

The autonomous Intamin People Mover P30 covers the distance of approx. 5 kilometers at a maximum speed of 80 kilometers per hour with fully automatic and driverless train, stopping at three stations along the way.

The user-friendly ticketing system and the barrier-free design of the entire system makes traveling a breeze experience. Furthermore, free WIFI service on the entire route, in the vehicles and at the stations keeps passengers connected and up to date on any flight changes or other internet needs.

Lastly, a significant share of the electrical energy used for the system is produced in a eco-friendly manner, collected and converted through solar panels which are installed along the track as well as on the roofs of the stations.

This new and convenient means of transport will even encourage travellers located between Rome and Milano to choose Bologna Airport as their hub for international flights. High-speed railway trains can reach Bologna from Milano within one hour and from Rome within less than two hours, finally offering a full, reliable international travel route through Bologna.

The system has been operating since the 18th of November 2020, 19 hours a day and will be available 365 days a year. Intamin Transportation also has also been awarded the maintenance contract for the system in order to ensure high availability at low costs.