The fully automatic and driverless People Mover System connects the Main Railway Station (located in the City Centre of Bologna) with the Airport, serving as public transport and providing at the same time a fast transfer from the railway station to the airport.

High-speed railway trains reach Bologna from Milano within only 1 hour and from Rome within less than 2 hours. Airport users, which are arriving at Bologna railway station, take the Intamin People Mover and comfortably move the 5 km to the airport, within only 7 minutes trip time. This convenient and fast mean to reach the Airport encourage potential travelers between Rome and Milano to choice Bologna Airport as their hub for international flights.

The fast trip at a high travel comfort is the key to attract passengers to choice public transport. Even at rush-hour time the transport system is not affected at all by traffic jams and referring delays and offers in this way a high reliability which is paramount for the passengers who have to reach their flight in time.

A high automation degree of the monorail system, combined with a driverless operation of the trains, enables operating the system with a minimum number of staff from the Operation Control Centre OCC. A sophisticated train guiding system allows a safe operation of the trains with a short distance of only 30 seconds between two trains, even at high speed of up to 80km/h.

As a unique feature, Solar Panels are installed along the track, producing electrical energy, which results in an excellent Energy Balance of this People Mover System. The solar panels are incorporated into the guide way structure such to fit perfectly as a design element providing to the elevated track a modern and elegant appearance.

Important decision criteria for the Intamin P30 Monorail was the environmental friendly system with virtually no emissions, low construction costs, route planning flexibility and low operation costs due to the high automation degree. 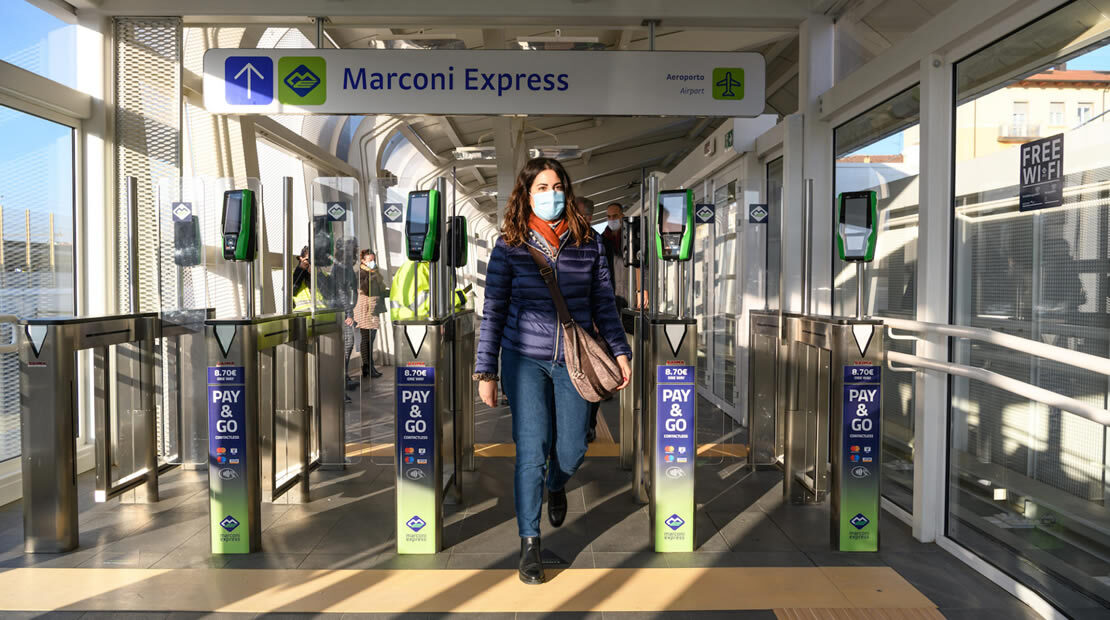 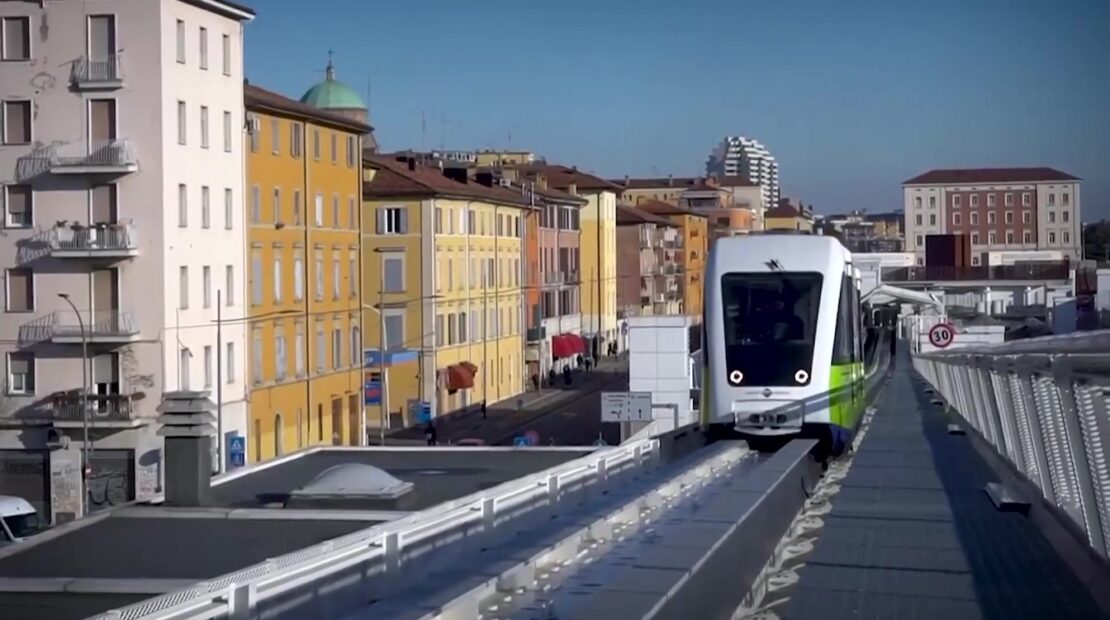 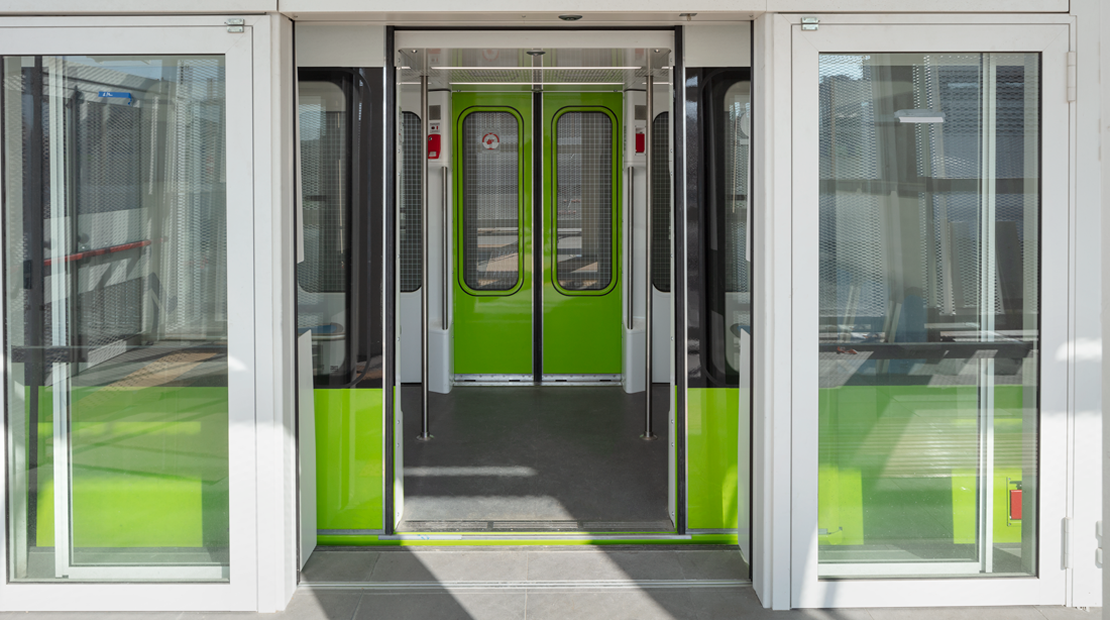 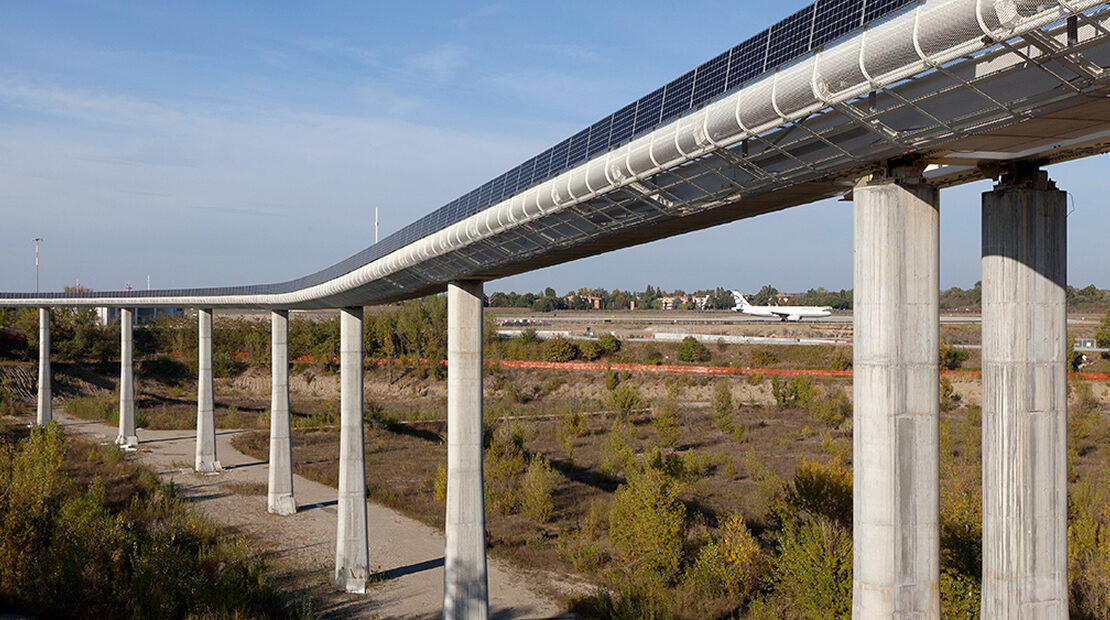 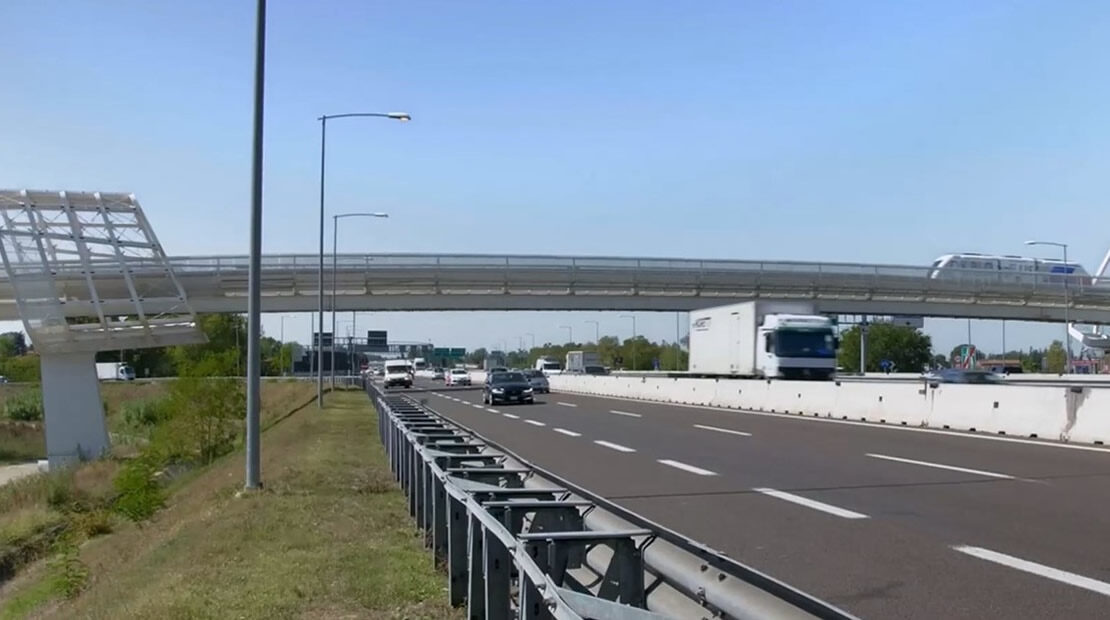