Enjoying a smooth and comfortable ride on the MonorIl, with a great view on the numerous of historical sites as well as on the beautiful nature along the Monorail line.

Three new Monorail trains of the type P8 with the latest state of the art technology are in service in the City of Xi’an in China since January 2015.

Xi’an is the capital of the Shaanxi province, and a sub-provincial city in the People’s Republic of China. It is one of the oldest cities in China, with more than 3,100 years of history, and it is known for the Four Great Ancient Capitals of China, having held the position under several of the most important dynasties in Chinese history. Xi’an is the eastern terminus of the Silk Road and home to the Terracotta Army.

Since the 1990s, as part of the economic revival of interior China especially for the central and northwest regions, the city of Xi’an has re-emerged as an important cultural, industrial and educational center of the central-northwest region, with facilities for research and development, national security and China’s space exploration program. It is now one of the most populous metropolitan areas in inland China with more than 8 million inhabitants.

A monorail system with a total track length of 9.6km provides transport within the Qujiang district at Xi’an. Initially, three trains P8/48 with a maximum capacity of 48 seated passengers each serve altogether eleven stations.

The Intamin monorail type P8 is a modern and attractive system for transportation and sightseeing in cities and tourist centers. Each passenger has a seat, and can therefore enjoy the ride at a high comfort level.

Trains are driven in fully automatic mode controlled by an Intamin ride control system. However, trains are also equipped with ATGS (Automatic Train Guiding System) which will monitor the speed of the train to ensure a level of safety at any point on the track. 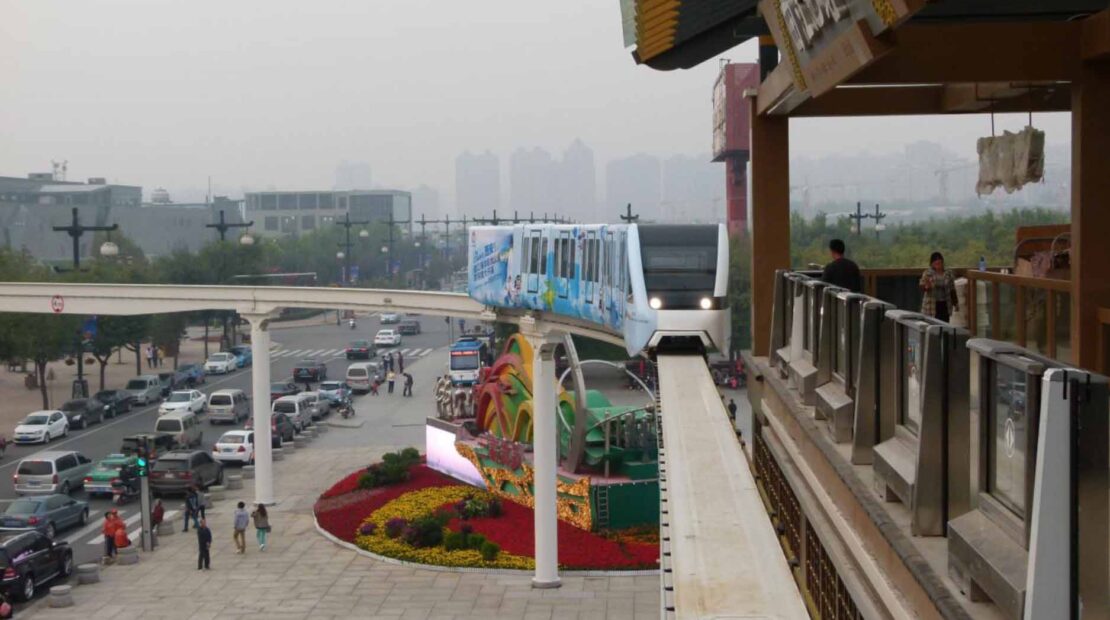 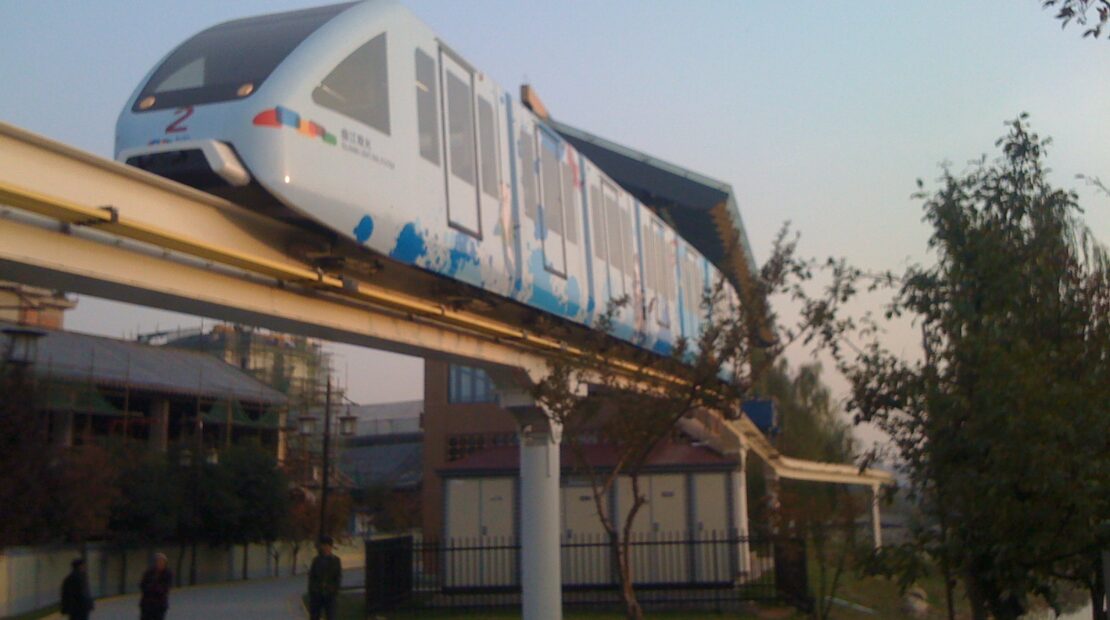